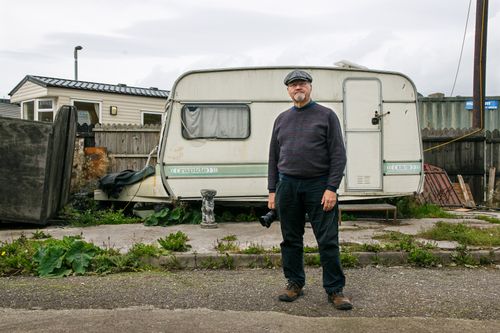 Bob Newman began making photographs on a regular basis in 2006 after a career in medicine. He is drawn to capturing images that document the culture and challenge within marginalized communities. When possible, he spends at least six months of the year on the road making photographs. He favors long-term projects that permit visiting the same location(s) on multiple occasions.

Currently, he is involved in two in-depth projects which focus on the Mississippi Delta and the Irish Travellers, respectively. Both highlight people and cultures who are often pushed to the margins of society.

Bob is self-taught in photography. He was selected to participate in the Agency VII Warsaw Masterclass and the Eddie Adams Workshop XXXII. His images have appeared in several publications including All About Photography, Social Documentary Network (SDN), Dodho, and Black & White Magazine (UK). Photography @ Oregon Gallery (Eugene, OR) hosted his “Irish Traveller” images in a Solo Exhibition in the fall of 2019.

This year (2021), he was selected as a Photolucida Critical Mass Finalist, Short Listed at the Belfast Photo Festival, Selected for the LensCulture Critic’s Award, Finalist in London International Creative Competition, and had images chosen for exhibition at the A. Smith Gallery, PhotoPlace Gallery, and the Southeastern Center for Photography.

In 2020 he was named to Photolucida Critical Mass Top 50, Short Listed in the Portrait of Humanity Competition, named a Finalist in the Fresh Annual Summer Exhibition, won 13 awards in the International Photography Award Competition including Jury Top 5, 1st Place and Honorable Mentions.